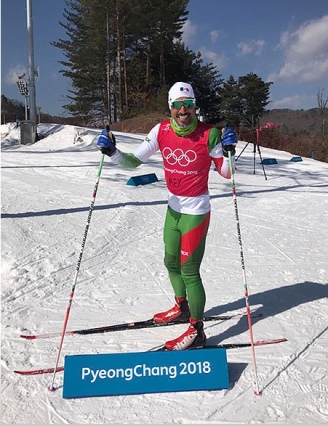 43-year-old German Madrazo, a cross country skier from Mexico, finished his event dead last but Madrazo was just happy finish at all and was greeted with cheers from the crowd and hugs from his fellow so called exotic skiers  athletes from countries that don’t have much, if any, snow. These guys aren’t there to win medals. They’re just there to compete.

Waving the Mexican flag, German was given a hero’s welcome as athletes lifted him up on their shoulders. His finish has made Madrazo an internet sensation. Not bad for a guy who hadn’t even been on skis until last year.